The Story of Everybody, Somebody, Anybody, and Nobody

The above story is unashamedly plagiarised from an employee’s response to a workplace culture audit we are currently conducting for a client.

It’s a story that is true for many companies who don’t promote the concept of ownership and accountability. Accountability is about follow through and doing what you said you would do. It’s recognising that other team members are dependent on the results of your work. It’s about taking responsibility for results and not assuming it’s someone else’s responsibility. It’s the opposite of passing the buck.
So how can companies promote a culture of ownership and accountability in the workplace to ensure that Everybody doesn’t point fingers at Somebody when Nobody does what Anybody could have done?

Clarity
Whether you are the employee or the leader in your organisation, the key to ownership and accountability is clear communication. When there is clarity on goals, priorities and expectations, there is no room for blame or excuses. In addition, roles and responsibilities need to be very clear. For every task and action, everyone needs to know exactly who is doing what by when.

Collaboration
It takes a high EQ to hold yourself accountable. Bringing another person or a team of people into the mix is a game changer. The most effective way of encouraging accountability is to request that the responsible employee reports back on progress or results to the rest of the team. When you know that all eyes will be on you, you are more likely to ensure you have something positive to report on.

Culture of learning from mistakes
Sometimes people shy away from taking ownership because they don’t want to be responsible if things go wrong. Admitting mistakes and learning from them can be one of the most powerful catalysts for growth. Taking action, but getting it wrong, is better than not taking any action at all.

“It’s not my job”
Effective organisations have zero tolerance for the “it’s not my job” attitude. You can have the best, most clearly defined roles and responsibilities, but there will always be something that doesn’t fit into your neatly compartmentalised structure. Employees need to be encouraged to step up to the plate and rewarded for raising their hands and taking on tasks that fall into grey areas.

Ultimately, when team members consistently demonstrate ownership and accountability, trust is formed. You trust someone will do the right thing and trust that they will do what they said they would do. And trust is the backbone of high-performing teams.

If your organisation has Everybody, Somebody, Anybody and Nobody, perhaps it’s time to give names to the faces and give me a call so we can help you promote a culture of ownership, accountability and performance that will work for you. 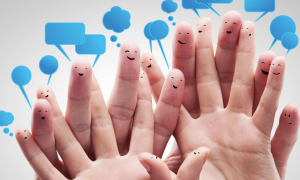 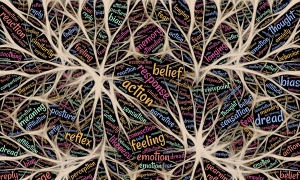