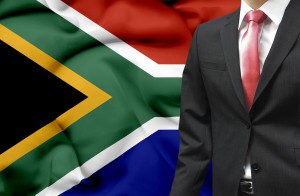 A State of the Nation Address for your Business

It’s been a tumultuous two weeks in South African politics. Zuma being recalled, the appointment of a new President of the country, an inspired and positive State of the Nation Address (SONA) and then being brought back down to earth with a budget speech that reminds us of the real state of the nation.

SONA sets out the key policy objectives and deliverables for the year ahead, highlights achievements, flags challenges and outlines initiatives to unlock development for the coming financial year.

As the “President” of your business, what would your “State of the Company Address” reflect?

As the newly instated leader of our country, Cyril Ramaphosa carries the hopes and dreams of all South Africans on his shoulders. The mood in the country has shifted overnight, demonstrating the importance of inspired and respected leadership at the helm. Just as our country was crying for a competent leader, so too does every business. The growth of your business won’t happen without growth in your leadership skills.

What impressed me about this year’s address was that the objectives and deliverables for the year ahead were based on proper SMART (Specific, Measurable, Achievable, Realistic, Time-based) goals that paid more than just the usual lip service. Ramaphosa put real numbers on the table and named the people responsible for delivering the goods. Investec’s Stephen Koseff is leading the charge to create 1-million internships for young people in the next 3 years. This focused initiative is a whole lot more achievable than saying “we want to increase employment opportunities for the youth”. Make sure your vision and goals for your business are not wishy-washy. Put it out there!

There is also a sense that Ramaphosa will be holding everyone accountable to deliver on their mandates. He has called on his fellow civil servants to hold up the proverbial mirror – something we all need to do on a regular basis.

His address also focused on areas of opportunity with unrealised growth potential. Sometimes the most obvious growth areas in our business are right under our noses. We just need to plan to unlock its value.

Importantly, and a lesson that all business owners should adopt, Ramaphosa acknowledged South Africa’s Achilles heel and the most pressing challenges for the country. Stamping out corruption is one of the major concerns for the year ahead. What is your business challenge? What has been allowed to creep in slowly, that is holding you back from being the best business you can be?

Ramaphosa managed to convey an acknowledgment that things cannot be allowed to continue as they are. You can’t expect a different result if you keep doing the same thing. “Change can produce uncertainty, even anxiety, but it also offers a great opportunity for renewal and revitalisation and for progress.”

And now the real work begins, and we will all wait in anticipation to hear if next year’s SONA is more of the same “promises-promises”, or if real progress has been made.

As President Ramaphosa said of his vision for South Africa, “A person’s prospects are determined by their own initiative and hard work, not by the colour of their skin, place of birth, gender, language or income of parents.” Go out and make it happen. 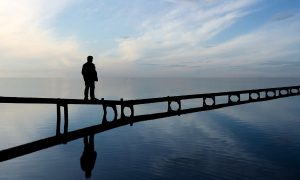 5 REASONS FOR REFLECTION AS A DAILY HABIT